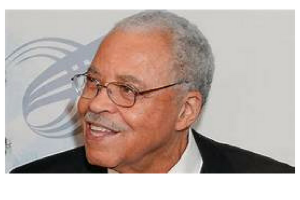 JAMES EARL JONES (Former President Arthur Hockstader) made his Broadway debut in 1957 and has won Tony Awards for the Broadway productions of The Great White Hope and Fences; a Tony nomination for On Golden Pond; Drama Desk Awards for Othello, Les Blancs, Hamlet, The Cherry Orchard and Fences; Obie Awards for Clandestine on the Morning Line, The Apple, Moon on a Rainbow Shawl and Baal; a Theatre World Award for Moon on a Rainbow Shawl; the Los Angeles Critics Circle Award for Fences; and an Olivier Award nomination for his portrayal of Big Daddy in Cat on a Hot Tin Roof in London. Additional theatre credits include Cat on a Hot Tin Roof on Broadway, Paul Robeson, The Iceman Cometh, Of Mice and Men and most recently the Broadway and London productions of Driving Miss Daisy. Jones is also an award-winning film and television actor and was presented with the Lifetime Achievement Oscar.